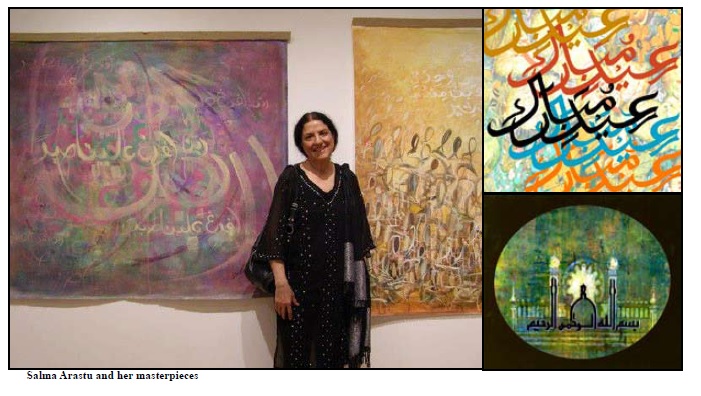 Aristotle (384 BC – 322 BC) believed that the aim of art is to represent not the outward appearance of things, but their inward significance. For Roman philosopher, Marcus Tullius Cicero (106 BC – 43 BC), art is born of the observation and investigation of nature. For American painter and film maker Andy Warhol, everything has its beauty, but not everyone sees it, meaning only an artist sees it. Hence Leonardo da Vinci described painting as poetry because like poetry painting is felt rather than seen. To borrow Pablo Picasso, â€œThe artist is a receptacle for emotions that come from all over the place: from the sky, from the earth, from a scrap of paper, from a passing shape, from a spiderâ€™s web.â€

It is often said that artists are born, not made. However, contemporary painter, Lunn Udell, disagrees by saying that a passion for art has to be there, but all other skills are acquired. No one is born knowing how to play the piano. This is perhaps true in the case of Berkeley-based Salma Arastu who has been painting for the last thirty plus years, since earning her degree in Fine Arts from Maharaja Sayajirao University in Baroda, India. Multi-talented Salma is also proficient in Arabic calligraphy, color painting, digital creation as well as metal sculptures.

“Through my art I have been able to transcend all physical and mental limitations to create images of transformation,” she says. Quoting Picasso, Salma argues, “I paint objects as I think them, not as I see them,” since an artist paints with his/her brains and not with his/her hands, in the words of Michelangelo. Perhaps, Salma takes cue from the Mexican painter Farida Kahlo de Rivera, who says, “I paint my own reality ….I paint whatever passes through my head without any other consideration.”

She was invited in June 2011 by the Westphalia University in Germany to present her paper on “Art Informed by Spirituality, Islamic Values and Concept of Beauty in Contemporary Culture.” This was part of the University’s annual International Symposium “God, the Beautiful, loves Beauty” – Post-Modern views on the Relation Between Religion and Art. Salma says in her efforts, she had tried to bring Eastern spirituality, and Western techniques of painting learned over the years. “Through the contrasting elements in my work, I yearn and search for unity and when that unity or balance is achieved, it brings about a tranquility and joy.”

Born into the Sindhi and Hindu tradition, she later embraced Islam through her marriage. As a woman, a Muslim and a multi-cultural artist and a mother, she sees a unique opportunity to create harmony and world transformation through the expression of the Universal in her art.

Her works are inspired by Islamic values. She argues: “Allah is One, abstract, formless and beyond imagination and secondly God has created such diversity among humans and He commands them to live together in harmony and turn towards Him with praises to establish unity.”

Through Lyrical Arabic Calligraphy Images, Salma says, she is trying to convey messages about the diversity, unity, love and compassion from the Holy Qurâ€™an to the people of the world. “Allah wants us to live together and share together and thus I recreate these visions which show people in celebrations, visiting neighbors, and family reunions, celebration of life, glow of unity and the hope of the new earth.”

Salma Arastu has won many awards for her art. Her works are represented in several galleries, including Artjaz Gallery in Philadelphia; Gmunder Gallery in Schwabisch, Germany; Art Heritage Gallery in New Dehli, India, Monsoon Galleries in Bethlehem, PA and Space on Spurgeon in Santa Ana, CA.

Her work is also included in more than hundred private collections in the US, Germany, India and the Middle East.

Besides participating in various major group shows, she has held more than thirty shows throughout the world, including the US, Germany, Kuwait, Iran and India.

About some of her achievements, Salma Arastu enumerated the following in her own words:

1. In 2008, the Alameda County commissioned me for three paintings which are now in the Collection of the County of Alameda.

2. In December 2008, my new book of art and poems in English was published by Half Full Press from Oakland California in their series of Emerging American Artists program. The book is titledÂ The Lyrical LineÂ and has more than 100 images of my works during the last 10 years. My paintings celebrate life. In this art book I have tried to trace with lines and color a trajectory of the human emotions that all of us feel, no matter where we are from and what our individual situations are.

3. In the summer of 2002, I won a six-week Artist-in-Residence Award. I lived and worked in Swabisch Gumund, in southern Germany where I was hosted by a German family and exhibited my work as a goodwill ambassador for the sister city, Bethlehem, Pennsylvania.

In 2010, Salma Arastuâ€™s 3â€™ tall aluminum sculpture “The Family” was selected to be in an international exhibition organized by Ekateringburg Art Foundation in Russia. The project was initiated in Russia in 2005 under the name “In Family Unity â€“ Unity of the Nation” by Ekaterinburg Art Foundation. The exhibition has been held in 25 Russian cities, including the Kremlin. The main goal of the exhibition is to unite the creative potential of sculptors and photographers from different countries in order to establish universal values and national peculiarities on the topic announced.

Salma Arastuâ€™s 8â€™ tall sculpture “Dancing With The Stars” in steel and copper was installed at the port of San Diego in October 2010. Her 6â€™ tall steel sculpture “Allah” was exhibited at the Sonoma Valley Art Museum from August 21 to November 7, 2010 in the exhibition titled “Visions of Paradise”.

Not surprisingly, in November 2011, the Sufi Women Organization sponsored a luncheon in her honor to pay rich tribute to her universal spiritual message through her art work. Salma gave a riveting talk and presentation on Rumi, whose poetry has inspired her to create the most beautiful expressions of art. Salma displayed several of her Rumi-inspired paintings and also gave a power point presentation featuring both Rumiâ€™s poetry and pictures of her paintings. She described her artistic journey with great passion. It may be pointed out that the Sufi Women Organization, a forum for women of diverse cultural backgrounds, is a department of the International Association of Sufism, a nonprofit organization affiliated with the United Nations. Established in 1993, SWOâ€™s humanitarian goals include womenâ€™s rights, education, and social equity.

Salma Arastuâ€™s unique greeting cards for Islamic occasions and Islamic calendars are popular in the US, Canada, Japan and the United Kingdom. The month of Ramadan begins in North America on July 9, according to an announcement by the Islamic Society of North America. Salma Arastu has unveiled her new collection for this blessed month as well as the happy occasion of Eid al Fitr. Presently, she works in her studio located at 8th Street in Berkeley, California.